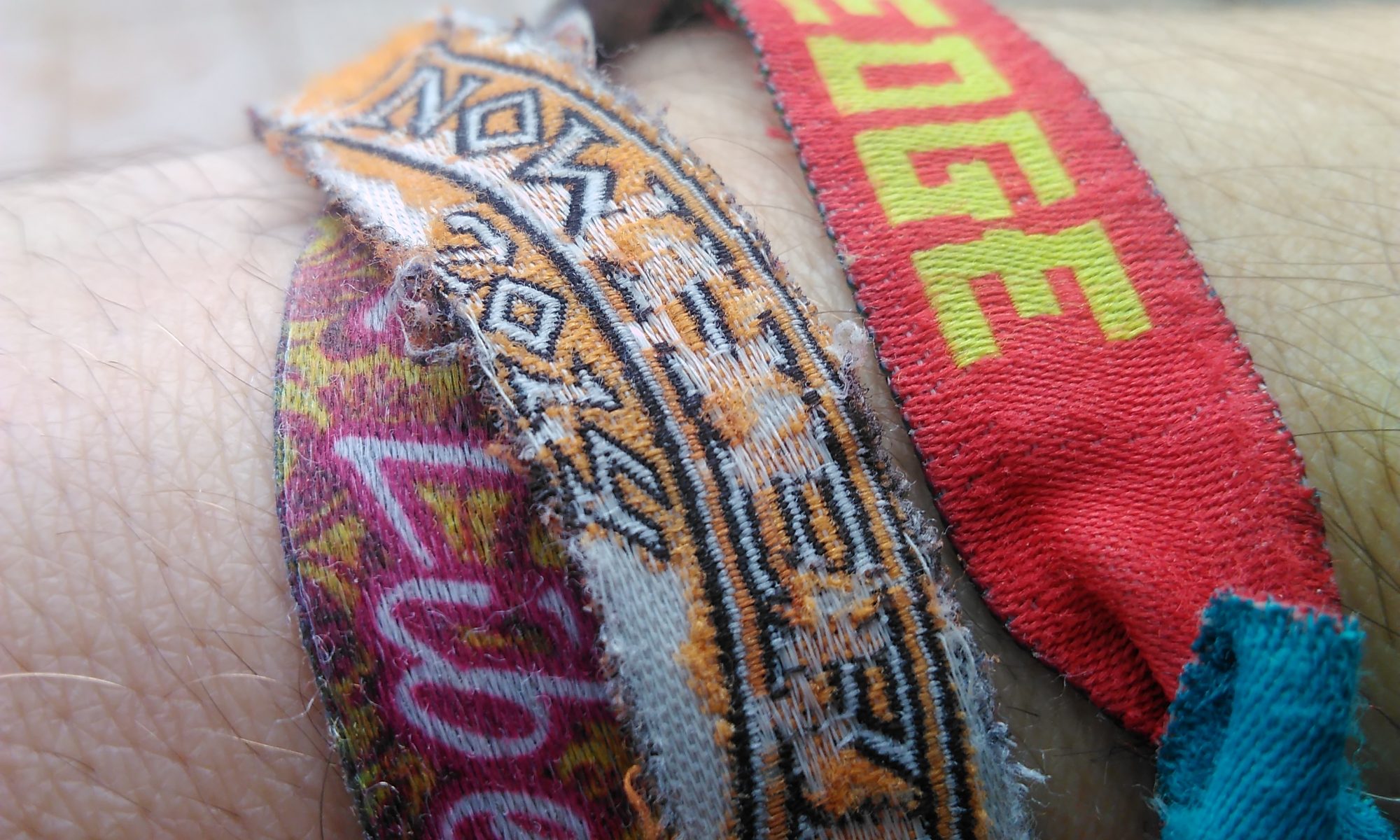 As I am changing a wristband on my right hand, I also reflect about the bigger picture about me an participatory culture. As I am writing these lines, I am still wearing the wristband of the participatory temporary city “Nowhere 2014” on my right hand. As I have been for the last 1632 days since July 5th 2014. I am moving to an “I, Robot 2018” wristband by Severin Taranko. Both remind me that I am part of a global participatory culture where such small things represent and reflect the meaning of everything.

First let’s look at the beauty: 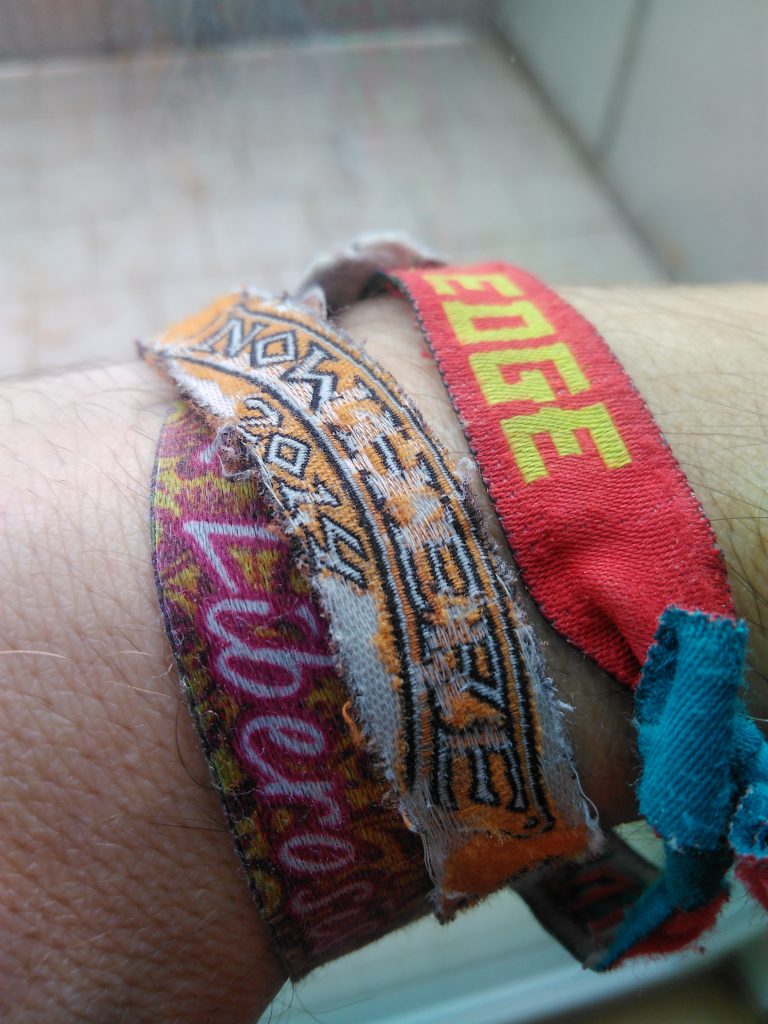 It is a woven fabric band, the design is embroided. It still reads “Nowhere 2014” and features crazy heads. The fabric is worn out, but it still holds fast. 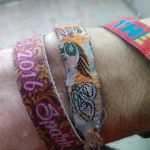 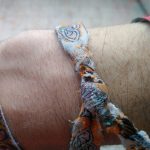 At this point a big thanks to to the volunteers who designed the wristband, financed it, ordered its fabrication, carried it into the Spanish desert, the Grumpy Catz Gate team who greeted me and handed the wristband over to me: you rock! Your decisions worked, see how your wristband still exists and influences me.

Why did I not take it off right after the event but kept wearing it until today?

I love participatory culture. I love to contribute something, to interact with others, to create awesome and joy-bringing things together.  Nowhere is exactly that: a temporary community meeting for a week to create a surreal city in the desert of Spain. It is connected to the global “Burning Man Regional Network“, a network of people creating such participatory surreal spaces. A network where I am part of, I joined it to volunteer as “Regional Contact” for Burning Man in Austria.

For me, participating at Nowhere 2014 meant 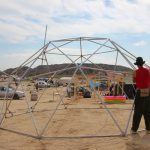 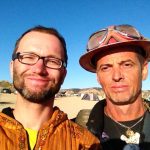 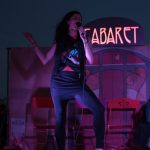 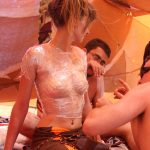 For me, the experience of Nowhere 2014 didn’t stop when the city in the desert was taken down. It kept going. The vibe keeps ringing in my ears. That’s why I kept wearing the wristband.

At the Schloss Schönburn participatory event in Austria in September 2018 I met Severin Taranko. Severin runs www.ideenzoo.com and creates elaborate art pieces – wristbands. His current masterpiece is the “I, Robot” wristband created for Burning Man 2018 . As there is no official wristband at Burning Man, he kindly stepped in creating an art piece, telling a story, fabricating 500 of them, to finally give them away for free to beautify the world.

Therefore I am deeply happy to have been gifted, personally, an “I, Robot” wristband from Severin this year. Here it is: 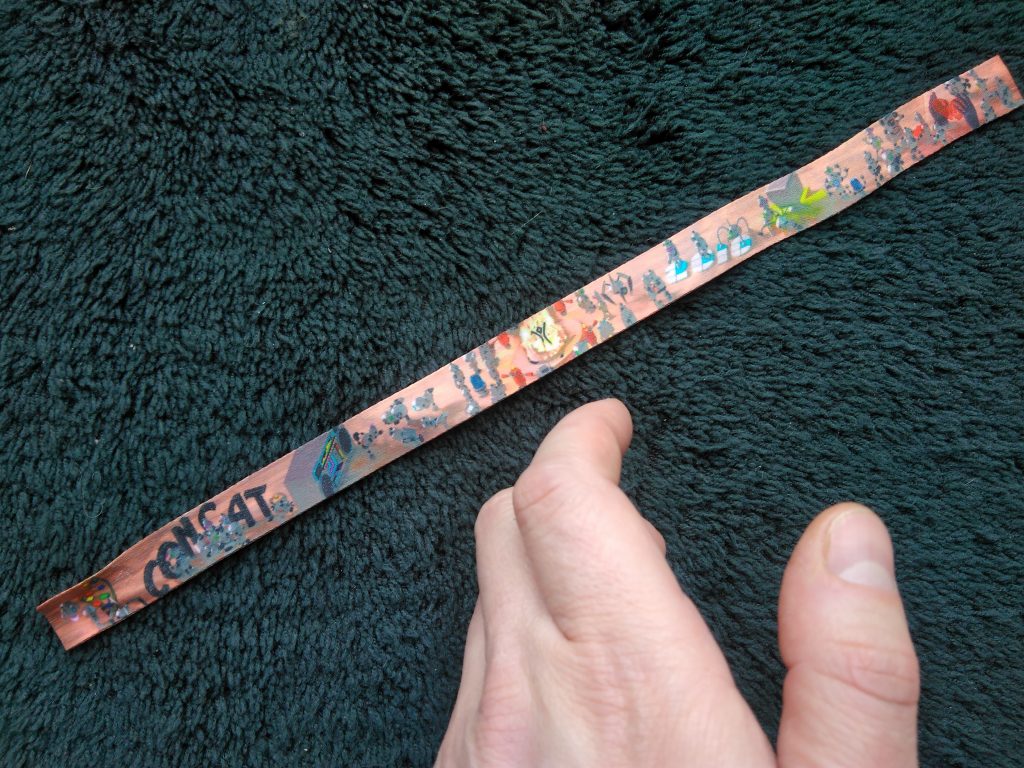 When I am wearing it for the coming years, it will remind me that I am part of a global participatory culture who are happily working to make each others lives more surreal, beautiful, to gift each other a wonderful time.

Thank you, Severin! Bless you!

p.s. I am using a sheet bend knot to tie my wristbands, making them stay safe for years.