Last week we had several Nepomuk related meetings in Paris, one I attended myself. The Nepoverse came together to discuss user interface related things.

Yngve Sundblad and Bosse Westerlund from the HCI group at CSC from the Stockholm university were there, with their staff Rosa, Kikki, Sinna, Henrik and Christian, and more I think..

They presented our current state and many prototypes they did, mostly video prototypes. Also they start to identify features, we gave priorities to them and had to work on the ideas.

For example, this is such a user interface idea: 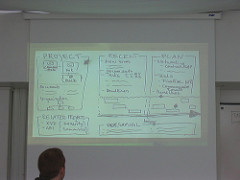 This is a still photograph of a video presentation, you will see the results of this interface in about a year in the open source implementations.

During the meeting, we: 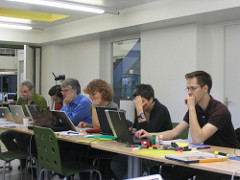 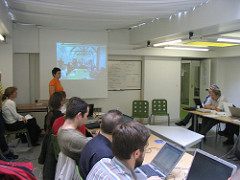 and worked on prototypes. This point I did not photograph, because I had to work.

We also had dinner together, here are some pictures: 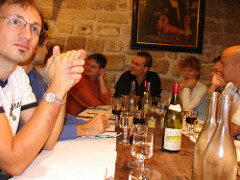 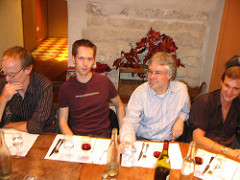 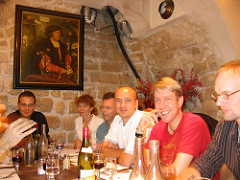 Alltogether a good meeting on the social semantic desktop features, we worked for three days, some people also had meetings before and after.