Thanks to all the people who joined Ingrid and me at the party. Michael and Gunnar and Martin cooked an excellent mix of curries, pakoras, and other dishes. Henning and Maria brought icecream, Sebastian another dessert. Dominik and Nora brought salads, Jochen a nice tapas “rolled bacon with dates”. And more. Everyone enjoyed eating the resulting menu. 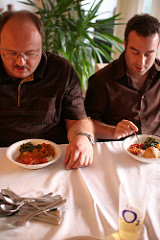 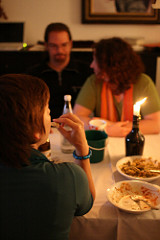 I decorated and rearranged the flat a bit to accomodate more people and have a nice look. 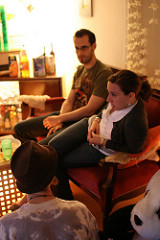 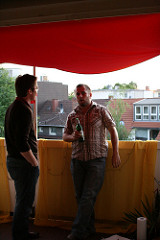 As surprise cultural event, I decided to put up a street-bar. At 23:00 about half of the partygoers went down to the street and built a bar from 10 banana boxes (we have 70 of them around here for moving). On the bar we had chips, wine, and spirits. 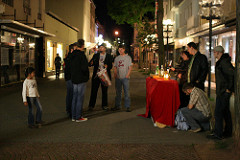 It attracted the right people 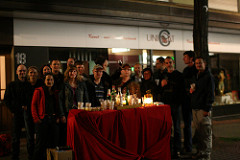 That went really well, later on we put down the bar again and went to fruchthalle to watch some tango dancing and other things. 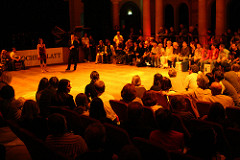 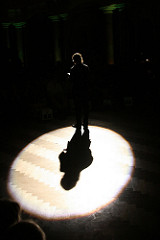 That got boring after a while and we got a tip from someone performing that the Urban Biwak should be nice, so we went on: 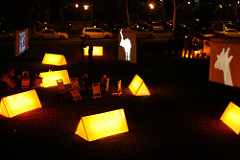 At this time, things get a bit blurry and not all stories must be told… 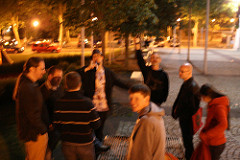 It all ended classically in Gusto, with a hard group of Gunnar, Max, Rinne, and me. 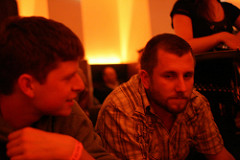 Thanks to everyone for making this the great escape, it couldn’t have been better. I will miss you guys! See you in Vienna.